Anti-racist facilitation aims to foster an anti-racist culture while also cultivating a shared group experience that is based on learning, understanding, and growth.

Why it is important

Facilitation is often a very underrated, undervalued skill that takes years to strengthen. Oftentimes, people may not notice a good facilitator. But, they likely do remember a time when a conversation either lacked someone to create and hold a space, or when this was a role that was not done in a thoughtful, anti-racist way.

Many might assume that all facilitators practice anti-racist facilitation, but this is a learned skill. Dismantling racism requires facilitating conversations that are sensitive to group dynamics as it relates to one's proximity to power and privilege as a result of their lived and perceived racial identity. Without this deep knowledge, facilitating a conversation of race, racism, or racial justice will likely go wrong, and cause more harm (particularly for Black, Indigenous and Other People of Color).

GamblinConsults adheres to our values and affirmations to guide our anti-racist facilitation, whereby we intentionally center BIPOC, practice love as a verb, and course correct colonial understanding, actions and behaviors.  ​

Some things to expect from our anti-racist facilitation include: 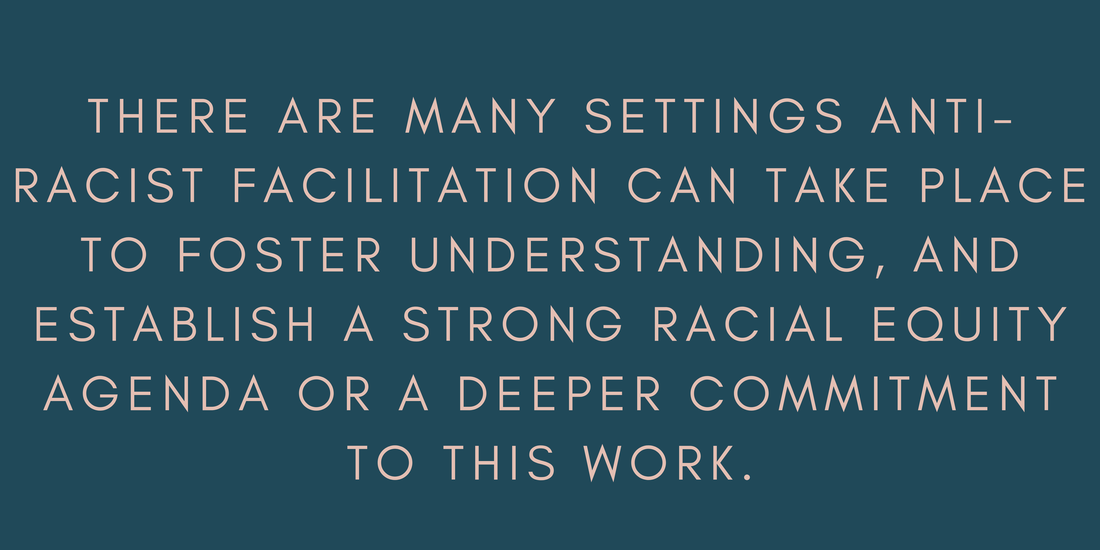